Thank you for contacting us. We will get back to you shortly 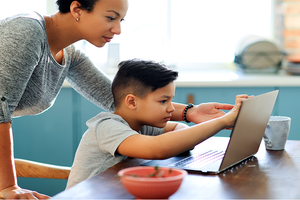 Albert Einstein rightfully said, “Education is what remains after one has forgotten what one has learned in school”, and preschool education plays the most crucial role in this aspect. Every year the period of admissions becomes a hectic time for hundreds of parents across Delhi as the admission forms for nursery admissions go live. As expected, the admission season looks to be a testing time for parents as they fight against all odds for an admission seat for their child. With around four lakh applications competing for one lakh nursery seats and a point-system in place, many parents become extremely worried as they go on the admission spree.

As per an internet survey, 84 per cent out of the 1460 parents believed that they would not get an admission easily, while others were anxious that this year again it would be an admission nightmare. To make sure that their child gets a seat, parents are applying in more than ten schools at a time, just to make sure they get a seat in any school. Reflecting the anxiety of parents some of them feel tense, others nervous, while some just go depressed. Some parents are also excited about the whole admission process and are full of confidence about their child getting an admission  seat. Also weighing heavily on the parent’s mind is the point-system adopted by schools, that is critical aspect for admission to KG classes in Delhi.

The Shri Ram Wonder Years (TSWY) is a highly reputed institution that offers admission assistance to prospective parents that are anyways tensed about admitting their child in a high-quality nursery school in Delhi-Ncr. Counsellors at TSWY understand the reasons why early childhood is considered to be the most important phase of development. This is the stage which strongly affects not just their literacy, but also their mental and physical health and, ultimately, their success later in life. Thus, it becomes extremely crucial to monitor the trajectory of your child’s development at this stage.

The pedagogies at TSWY help instill a sense of confidence in the child by letting them discover that they are capable of doing things for themselves instead of always asking an elder to step in for the littlest of tasks. The practices employed are a great way to stimulate their brain and get their thinking caps on in order to carry out tasks like getting out their own snacks, pouring out their own juice, and helping set tables, making decisions through exploration, experimentation, and conversation.

Teachers at the school are specialized in improving the creative faculties of a child. Because children tend to have an imagination that runs wild, it is a great idea to nurture that imagination which can potentially fuel their creativity and aid in learning. At TSWY, reading with children are encouraged to develop their own ideas and thoughts rather than imposing any one “correct” answer or behavior’s